On April 7, 2008 the NCAA Men’s National Basketball Championship was played between Memphis and Kansas. On that same day I boarded a plane for a business trip to Kansas City with a short layover in Memphis. I did not realize that this was a historic day as it was the 40 year anniversary of the National Day of Mourning following the assassination of Dr. Martin Luther King in 1968.

What began as a business trip, became a prophetic encounter.  The Lord used the basketball game and events of the present, to connect with events of the past to reveal a message to us about healing, forgiveness and a time to break free from the racial tension that has been in our land.

“The Lord lives!  Blessed be my Rock!  Let the God of my salvation be exalted.  It is God who avenges me, And subdues the peoples under me; He delivers me from my enemies.  You also lift me up above those who rise against me; You have delivered me from the...

Getting Exactly What You Need

“I thank my God always concerning you for the grace of God which was given you by Christ Jesus, that you were enriched in everything by Him in all utterance and all knowledge” I Cor. 1:5a You Have Everything You Need to Succeed Thankfulness comes in...

“Enter into His gates with thanksgiving, And into His courts with praise.  Be thankful to Him, and bless His name.” Ps. 100:4 Invitations Provide Opportunity Once while in Kenya I was invited to speak to a group of pastors.  This was a particularly busy...

Thankfulness as A Weapon

“…and the joy of the people of Jerusalem could be heard far away.” Neh. 12:40b As the foundations were laid and the walls built in Jerusalem the people gave thanks.  Those that lived through the exile wept, and the others that saw this new day sang...

I Will Not Be Quiet

The next couple of months I am going to dedicate this post to teachings on thanksgiving.  As you know one year ago the Lord spoke to my wife and challenged her to live every day with a thankful heart.  He had also spoken to me directly about a season of...

What Kind of Lover Are You?

We love to be loved!  Wouldn’t you agree?  If there is something written, spoken or sung about being loved it gets our attention like few other things.  Quite possibly the greatest love of all our loves is when we are told how much God loves us.  This is...

May the Force Be With You

Momentum is defined as the impetus and driving force gained by the development of a process or course of events.  The word originates from the Latin word movimentum and just means to move. The Force is in the Promise When Jesus left the disciples in Acts 1...

Run for Your Life

The story of King David parallels our lives in so many ways.  As a young man, the prophet shows up at his door step to announce that God wanted to make him the king.  Can you for one moment even fathom what that may have felt like?  He was a nobody, no fame to claim...

Your Dreams are Fueling the Future

I have had the privilege of talking to a lot of people over many years about what they love to do, what they feel gifted to do.  What they are passionate to do.  Let me be clear, what someone may feel passionate about may not be what they are actually...

Peace, the Ring and the Humble Ones

I’ve had a burning in my heart all week for this post.  Thankfulness is always the goal, but it will come from a different angle this week. The writer of the book and now famous movie “Lord of the Rings” tells this story with a prophetic insight to much of...

The Reason to Stop Asking “Why?”

I am a big fan of that old show "The Wonder Years"  It's about life in the late 1960's and 1970's.  That was my era, my time.   I was the first black kid in the suburban neighborhood where I grew up, and that in itself brought about some challenges, but my...

How Far Can You Go?

Do you remember the original opening to the Twilight Zone?  "There is a 5th dimension.  Beyond that which is known to man.  It's a dimension as vast as space and as timeless as infinity.  It is the middle ground between light and shadow, between science...

Your Destiny is Back In the Future

Do you remember the movie Back to the Future?  It's a story about a teenage boy and a doctor who invents a time machine.  It seemed like a harmless adventure so the Doc could study history.  The problem was once they went into the past they kept screwing...

You Were Prepared for this Moment

I was reading a study today that said teenage drug overdose deaths went up 19% last year.  In one year, that's a lot of young people that were in overwhelming situations. You are probably in some kind of challenge in your life, right?  It may be family,...

Your Destiny is Back In the Future

Do you remember the movie Back to the Future?  It's a story about a teenage boy and a doctor who invents a time machine.  It seemed like a harmless adventure so the Doc could study history.  The problem was once they went into the past they kept screwing...

You Were Prepared for this Moment

I was reading a study today that said teenage drug overdose deaths went up 19% last year.  In one year, that's a lot of young people that were in overwhelming situations. You are probably in some kind of challenge in your life, right?  It may be family,...

What do you see when you look at the picture?  This optical illusion (link to some great optical illusions) gives the impression something is moving even when its not.  We are continuing to look through the lens of our perspective this week as it relates...

What Do You See?

When I was fourteen I crushed my vertebra in a skateboard accident.  I was very fortunate because it was my sixth vertebra and not my fifth which could have caused me to be paralyzed in some form.  I had to lay flat on my back for several days while a...

A man was on a journey when he decided to stop and rest.  Being late, he wasn’t expecting much to be open, but he was also trying to avoid the crowds so this was a good time.  He located a small pub just inside the city limits, parked his car and walked... 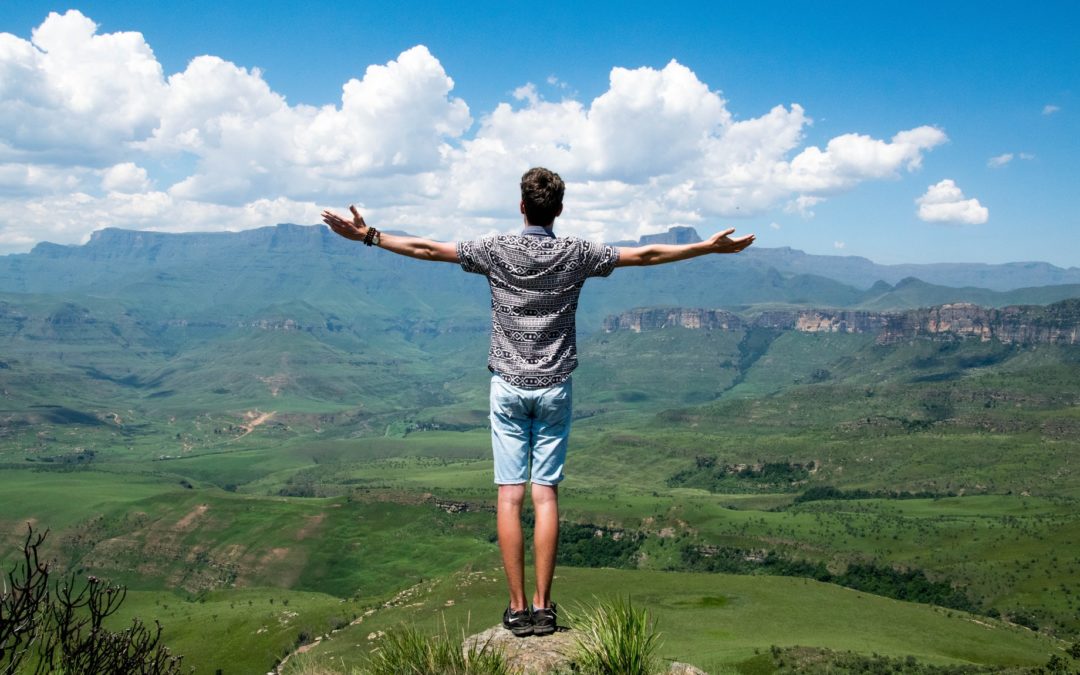 Have you ever asked God, "How did I get here?"  The question is really rhetorical, but it's a necessary dialogue because you really desire to backtrack through the last season to set marker stones of reminders the way Israel did to remember the great...

A weekly podcast by pastors and speakers

Terance and AuDera Clark covering marriage and variety of topics that people are challenged with each day.